MINISTER DARROUX DESCRIBES 2020-2021 BUDGET AS A BUDGET OF OPTIMISM 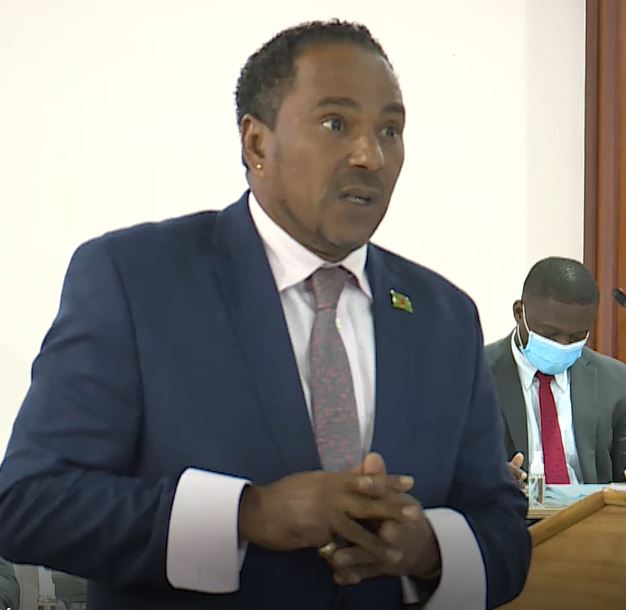 Minister for Foreign Affairs, International Business and Diaspora Relations and Member of Parliament for the Petite Savanne constituency, Honourable Dr. Kenneth Darroux described the 2020-2021 budget as a budget of hope and optimism.

The Foreign Affairs Minister says Dominica has maintained good relations with countries such as the Bolivarian Republic of Venezuela, the Republic of Cuba, the People’s Republic of China and the United Kingdom.

“During these trying times of the covid-19 pandemic, and with Venezuela going through their own internal issues; in spite of that because of them valuing the friendship and the support we have given them in many arenas, they still with the little that they had, have reached out to us with CPR testing and other equipment to help us fight covid-19, I think this is commendable,” Dr. Darroux stated.

The Foreign Affairs Minister highlighted some of the key areas Cuba had assisted Dominica specifically in the education sector giving many Dominicans the opportunity to earn a degree.

“I am a proud product of the Cuban scholarship program and I have always wanted to be nothing else but a medical doctor. Cuba has shown that despite the fifty or so years of economic blockade against them and in spite of going through a period where they had to go through some serious austerity measures, they have never reduced or stopped offering scholarships to countries like ours,” the Foreign Minister explained.

Each of these countries in its own unique way has assisted Dominica over the years. The Government of the People’s Republic of China has assisted Dominica in many areas such as education, infrastructure, and human resource among others. Minister Darroux says China is a true friend to Dominica and Dominica continues to stand in solidarity with the Republic.

“One of the areas that we looking at is the African continent. Of course we know the historical linkage between the African continent and the Caribbean islands, and we feel that we have not done enough to establish formal relationships. Even at the regional level, we need to do more at the bilateral level to increase with the African continent. We think there’s a lot that can be derived from a relationship with some of the countries. Recently, we started the establishment of an embassy in the United Arab Emirates and this has already begun bearing fruits  and we are in discussion with the Government of the UAE who are interested in funding a modern library facility for Dominica,” Dr. Darroux added.