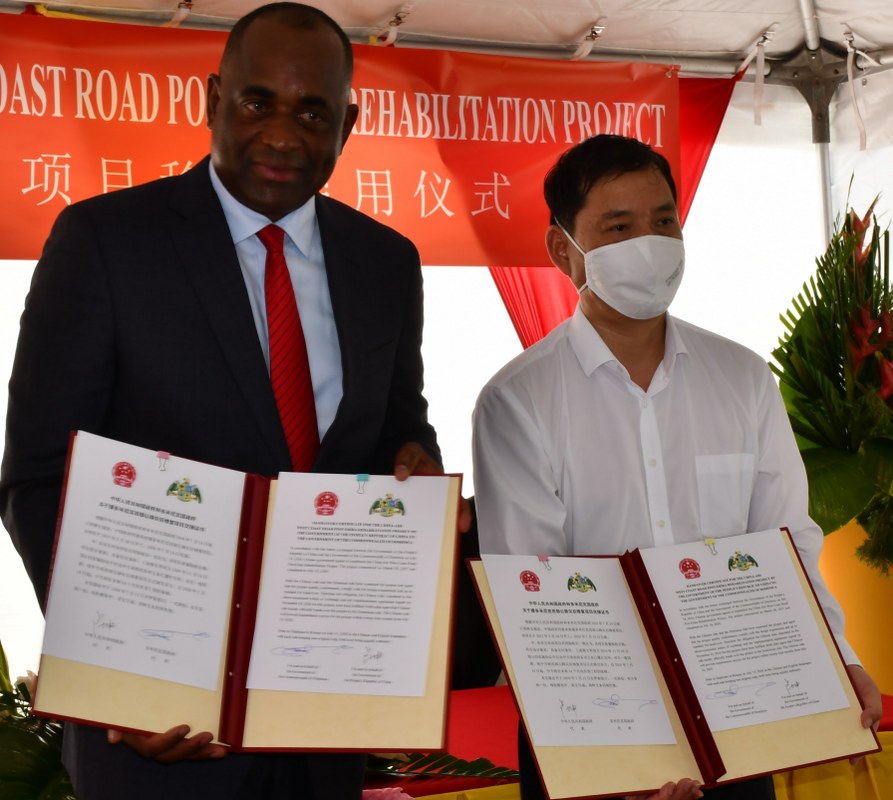 Member of Parliament for the Portsmouth constituency, Honourable Ian Douglas, says when history is written it will be acknowledged that the Government of the People’s Republic of China has played an integral role in Dominica’s development and has been Dominica’s best economic development partner over the years.

Minister Douglas says the construction of the three bridges along the E.O Leblanc Highway is one step closer to building a climate resilient Dominica.

He says that Dominica should not only celebrate its advancement in infrastructure but the years of friendship with the People’s Republic of China.

“Even as we celebrate the opening of this pieces of infrastructure, we celebrate the growth and the strengthening of a great bond of friendship between the Commonwealth of Dominica and the People’s Republic of China for yet another fifty million dollar gift and forty six additional interventions,” Minister Douglas stated.