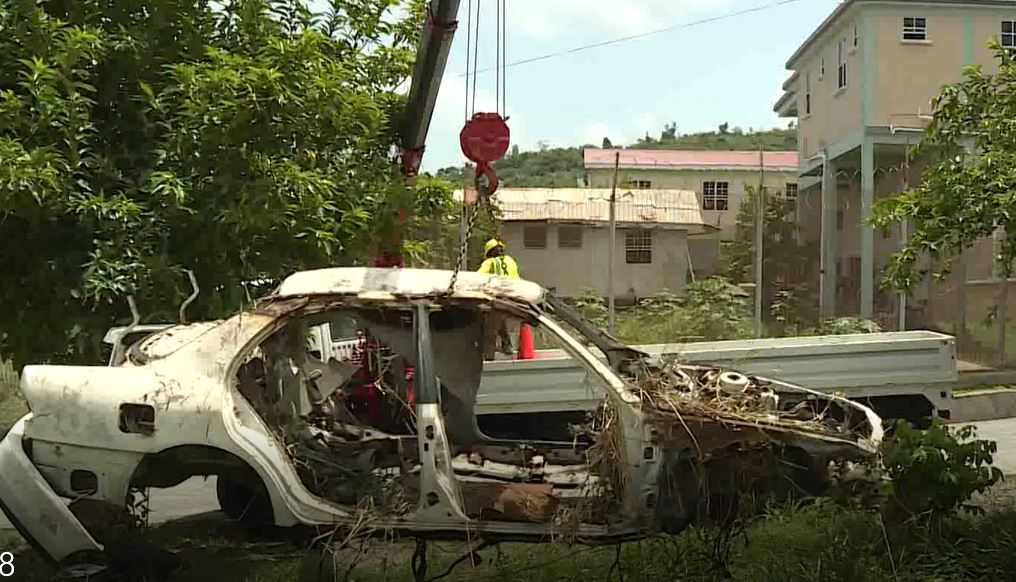 The Ministry of Environment, Rural Modernization and Kalinago Upliftment in collaboration with the Office of Disaster Management and the Dominica Solid Waste Management Corporation has embarked on a National Derilict Vehicle Removal Campaign.

The campaign will operate from June 30 2020 to December 31 2020 with the aim of removing five hundred vehicles within that period.

“The National Enhance Environment Project is a project that was set up since Hurricane Maria for the removal of zinc and the processing of the material out of the island. So the removal of derelict is basically a continuation of the Enhance Natural Environment Project. This time around, the cooperation seek to remove five hundred vehicles from the island. A lot of the activities are being done because of support from ODM. The Government of Dominica has made two vehicles available which has been tasked with the responsibility of removing derelict vehicles form the island,” Mr. Mitchel stated.

Mr. Mitchel is grateful to the government of Dominica for the donation of two vehicles to assist in the derelict removal project. He says that the assistance will improve the outcome for this year’s campaign.

“The vehicles are actually being donated by the Government for that specific purpose and they can be only be used for that project. So we are sure that the project will continue for a very long time and we are looking at the next six months,” he added.

Derelict vehicles are known to pose serious threats to the environment and human health. They serve as breeding grounds for vermin and other vectors and can lead to an increase in illnesses such as zika, dengue fever and chikungunya. These vehicles also contribute to flooding and landslides during hurricanes by blocking drains and roadways.

Mr. Mitchel calls on the public to be aware of the danger of derelict vehicles.