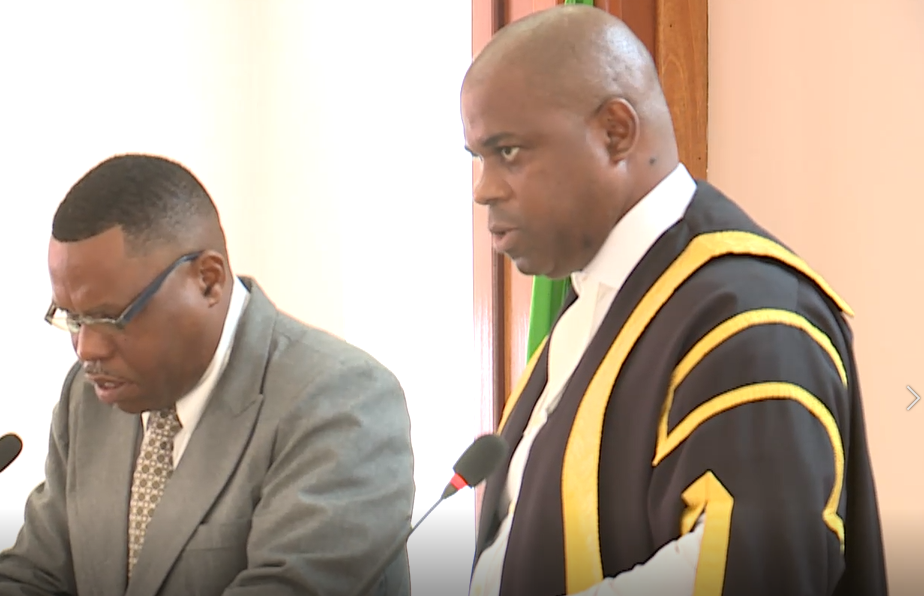 The Commonwealth of Dominica now has a new Speaker of the House of Assembly.

Clerk of the House of Assembly, Daniel James made the official announcement while addressing the House on Monday.

Honourable Isaac took his oath at the start of the First Meeting of the First Session of the Tenth Parliament on Monday.

“I, Joseph Isaac do swear that I would faithfully bear true allegiance to the Commonwealth of Dominica according to law, so help me God. I, Joseph Isaac do swear that I will faithfully execute the office of Speaker without fear or favour, affection or ill will, and that in the execution of the functions of that office, I will honour, uphold, and preserve the constitution the Commonwealth of Dominica, so help me God,” the New Speaker stated.

Honourable Isaac addressed Parliament shortly after his official swearing in on Monday.

“It is with grace and humility that I express my deepest thanks for the high honour that this honourable House has bestowed on me. To God be the glory, great things He has done. Though I am not perfect, I will as usual give my best in the service of Dominica. I tell you that I give my full commitment to ensure objective transparent and balance debate in this honourable House,” Honourable Isaac stated. 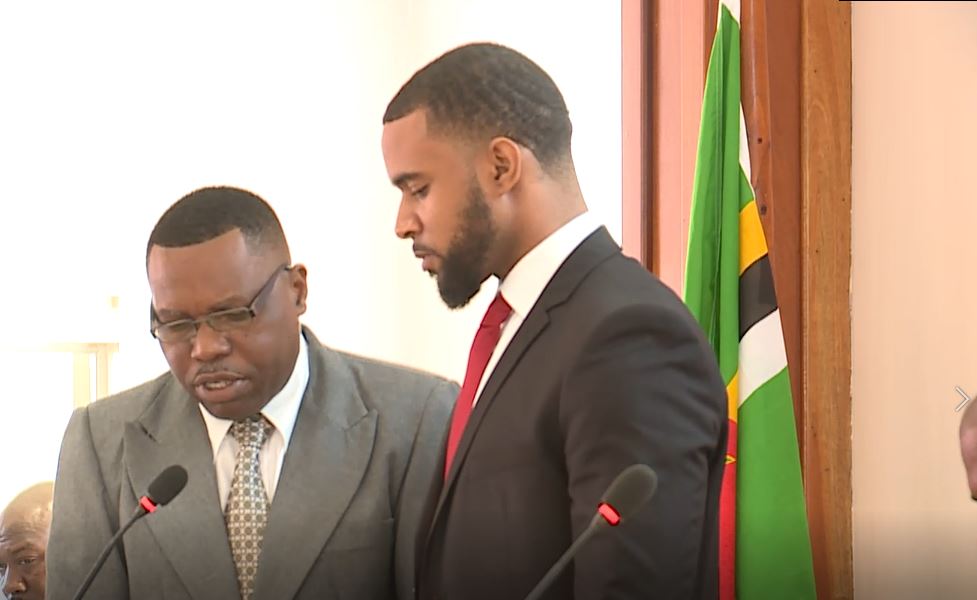 Mr. Phillip Rolle also took his oath on Monday as Deputy Speaker of the House of Assembly replacing Honourable Edward Registe, who now serves as the Member of Parliament for the Grand Bay Constituency.

Following their swearing in, Prime Minister of Dominica, Honourable Roosevelt Skerrit congratulated the new Speaker and Deputy Speaker for their achievements.

“I rise to congratulate you on assuming this high office of Speaker. I will say Mr. Speaker that I believe that we need to start ascribing to this high office the respect which it truly deserves in our country. I think we take very lightly the importance of this high office in our country and I hope that our country can grow to an age of maturity to recognize the importance of the function, the role and the respectability, of the office of Speaker. But I also want to say to you Mr. Speaker that the House is governed by rules, and they are captured in what we call the Standing Orders of the House of Assembly; that’s what guides the proceedings here. And we have no doubt that you will carry out your function in total respect and recognition of the Standing Order of the House which governs the management and administration of what happens in this House of Assembly. We on the Government side will continue to respect the rules of the House, I give you that assurance; and I give you further assurance that we will respect your decisions as you seek to guide the debate which will take place here over the next five years,” Prime Minister Skerrit stated.

President of Dominica, His Excellency Charles Savarin also commended the new Speaker and Deputy Speaker on their appointment.

“Please accept Mr. Speaker my deepest congratulations on your election as Speaker of this Honourable House of Assembly. I have every confidence that you have sought to familiarize yourself with the Standing Orders and practices of this Honourable House and that in quick time, you will demonstrate a comprehensive grasp and understanding of the rules of this honourable House, and that you will apply these rules with distinction, discretion, objectivity and impartiality. I also wish to congratulate the Honourable Senator Mr. Phillip Rolle on his election as Deputy Speaker at the age of twenty-four, quite possibly the youngest Deputy Speaker in the region. Allow me to thank also Mrs. Alix Boyd-Knight, the immediate past Speaker of the House of Assembly for almost twenty years for her dedicated and sterling service to the House. We wish Mrs. Boyd Knight the very best in her future endeavours,” the President added.