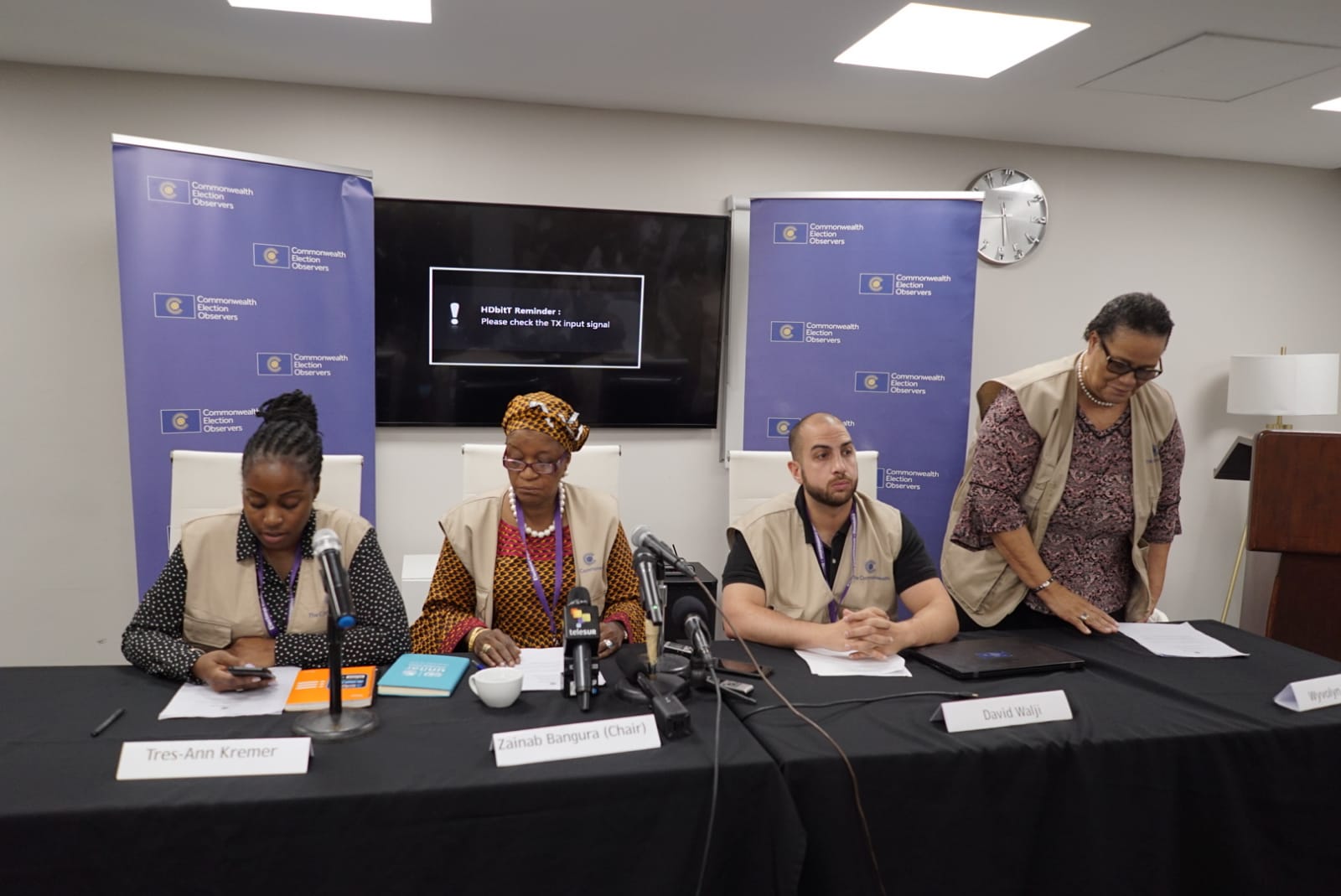 Observers from CARICOM, the Organization of American States and the Commonwealth have described last Friday’s general elections in Dominica as free and fair.

The electoral observation missions delivered their preliminary findings during press briefings on Saturday.

“It is our considered view that the results reflect the collective will of the people who voted, and the December 6th elections were conducted in accordance to the laws of Dominica. We commend and congratulate all Dominicans who participated peacefully in the important civic exercise. We also congratulate the election authorities and polling staff, the political parties, the police forces, and party agents for their respective roles in ensuring the success of the electoral process. We were particularly impressed by the large numbers of women and youth who participated in the electoral process, not only as candidates and voters but also as polling staff, party agents, and witnesses’ observers,” one representative stated.

Another stated that steps were taking to ensure that ballots casted were kept private.

“On Election Day, the members of the mission were present in all of the country’s twenty-one constituencies from the opening of the polls to the tallying and the transmissions of the preliminary results, and visited one hundred and ninety polling stations of the two hundred and fifty-five that there are. Members have reported that the polling stations which they have observed were opened on time and possessed the full complement of staff and materials for a proper conduct of the poll. The majority of polling stations supervised provided sufficient space to conduct the poll and the secrecy of the ballot was maintained. Poll workers, the great majority of whom were women, were diligent in their duties and appeared knowledgeable about the procedures to be taken.  The mission commends the electoral authorities including poll workers, supervisory personnel, and police officers who facilitated the conduct of the voting process,” another mission representative noted.

“We observed the electoral process and we are satisfied that on Election Day the people who voted, their votes reflected the will of those who voted.  That is our conclusion,” the OAS representative stated.