STATEMENT FROM THE PRESIDENT'S OFFICE 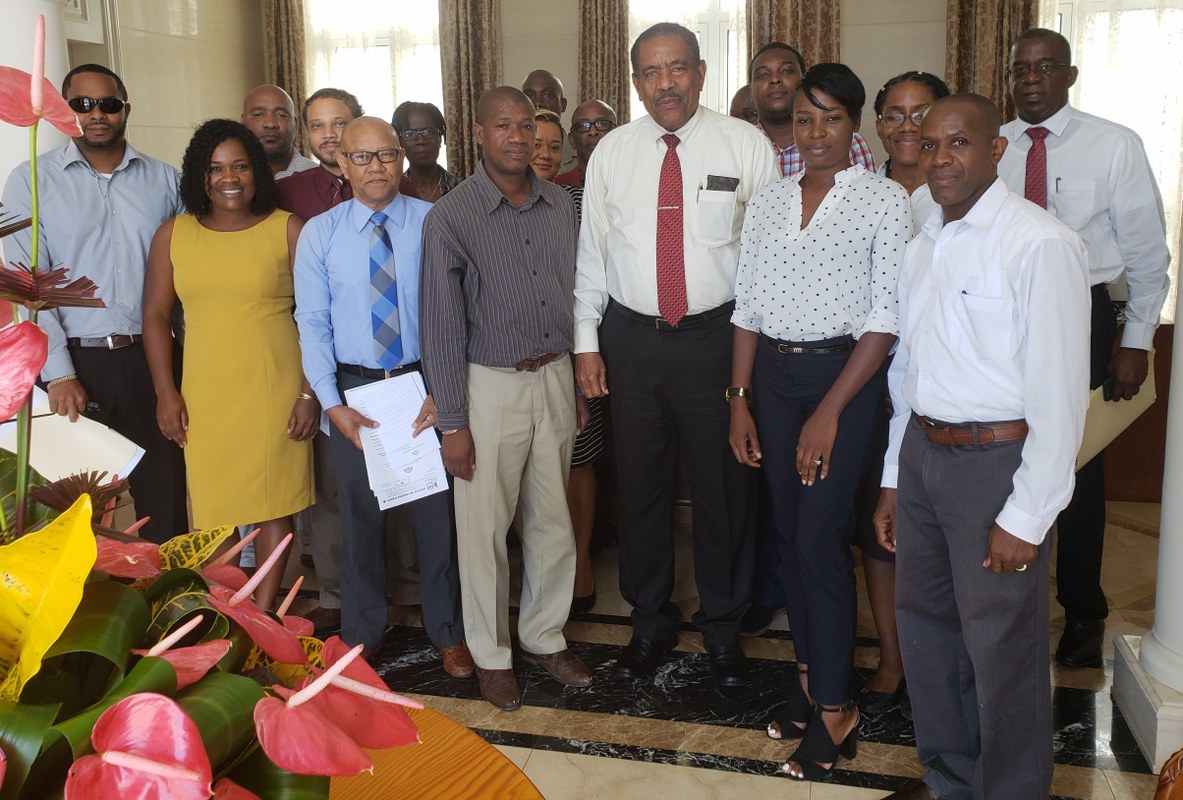 The meeting summoned by His Excellency the President with the Prime Minister and a team of representatives of the Dominica Labour Party and the Leader of the Opposition and his team of representatives of the United Workers party took place on Wednesday, 27th November 2019 at the Office of the President from 3:00 pm to 5:30 pm. Also in attendance were the Bishop of Roseau and the Superintendent Minister of the Methodist Church who were invited by the President to join him in moderating and facilitating the joint meeting, as well as the Chief Parliamentary Counsel and the Solicitor General.

Upon the invitation of His Excellency the President, the representatives of both parties expressed their concerns regarding the current ‘heightened temperature’ in the period leading up to the General Elections with the opposition emphasizing that this was due to lack of Electoral Reform.

At the end of the meeting the Prime Minister and Leader of the of the UWP, affixed their signatures to the code of conduct drawn up by the Dominica Christian Council and the Association of Evangelical Churches for the conduct of the 2009 General Election and which had been signed by the major political parties in respect of the conduct of election campaigns ever since.

A copy of the Election Code of Conduct is attached for ease of reference. 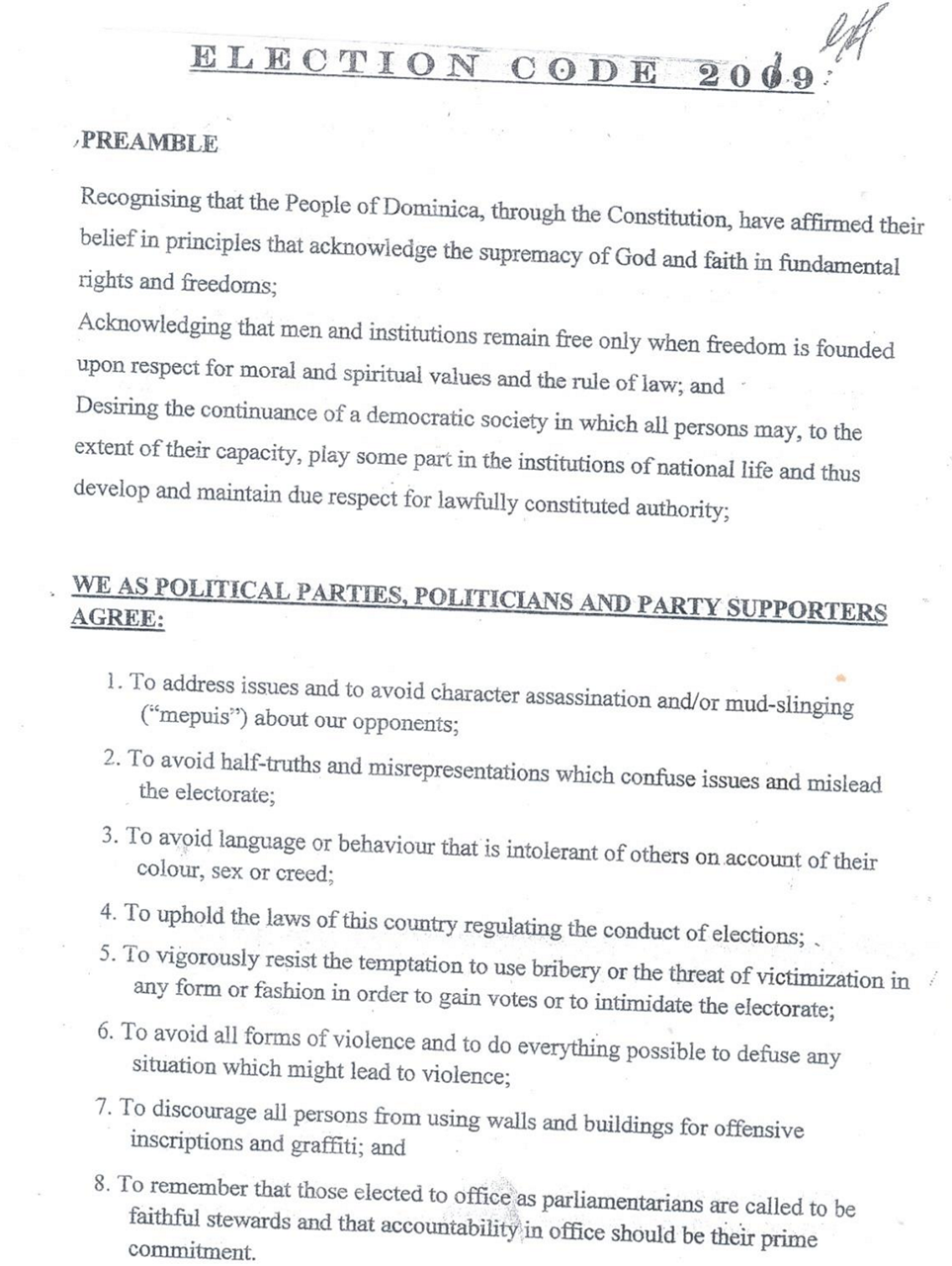 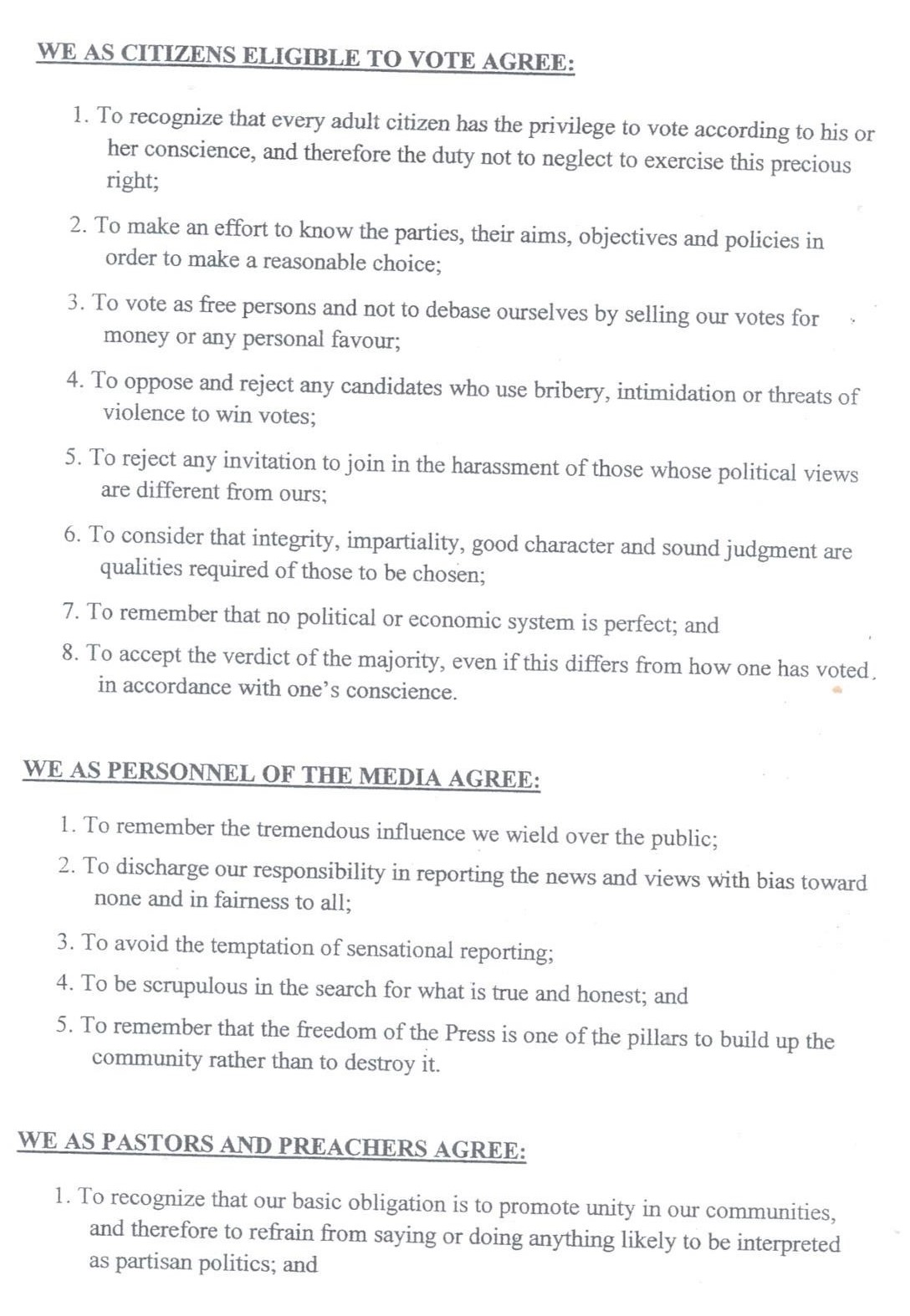 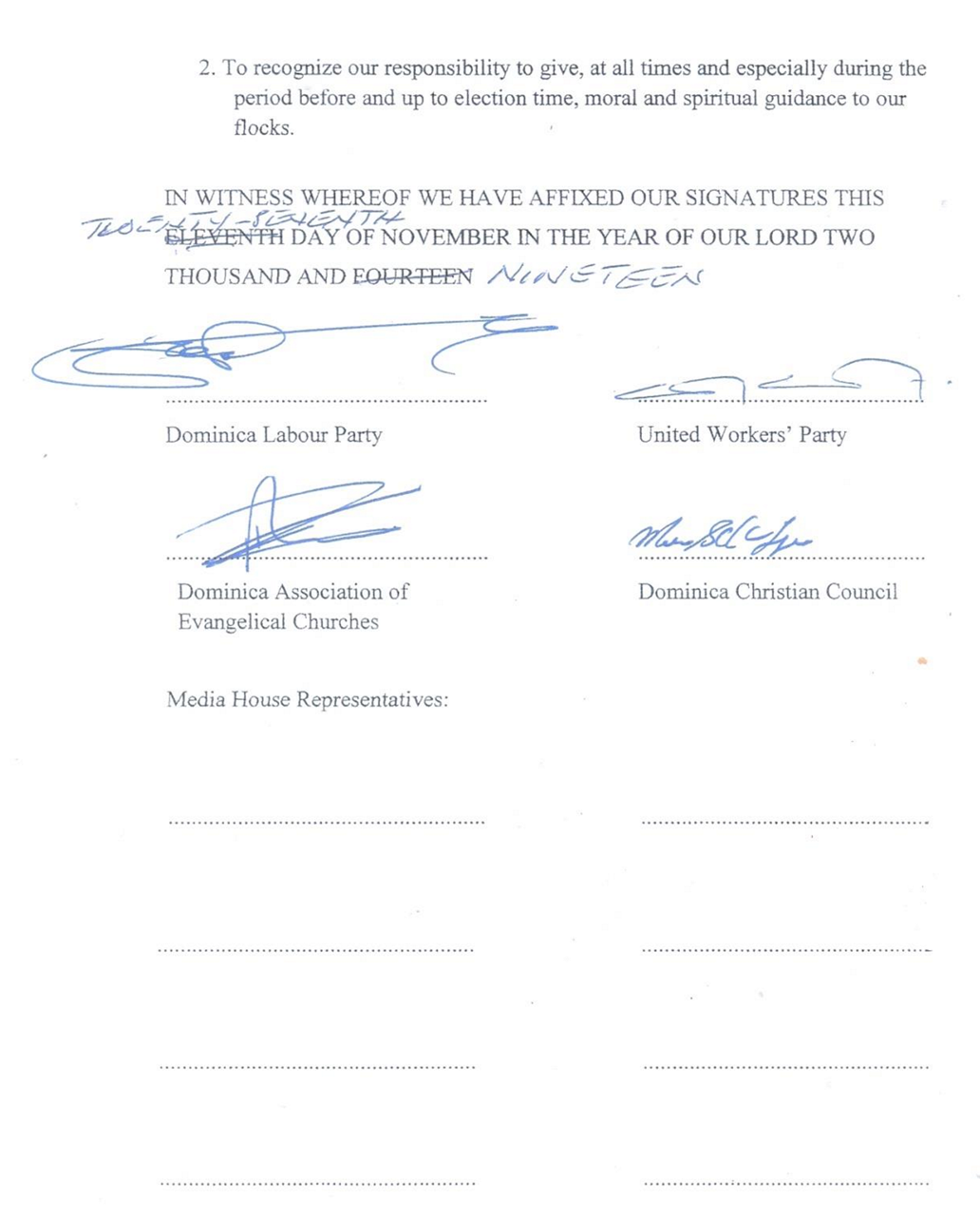