PEOPLE OF PETITE SAVANNE GRATEFUL FOR THEIR NEW HOMES 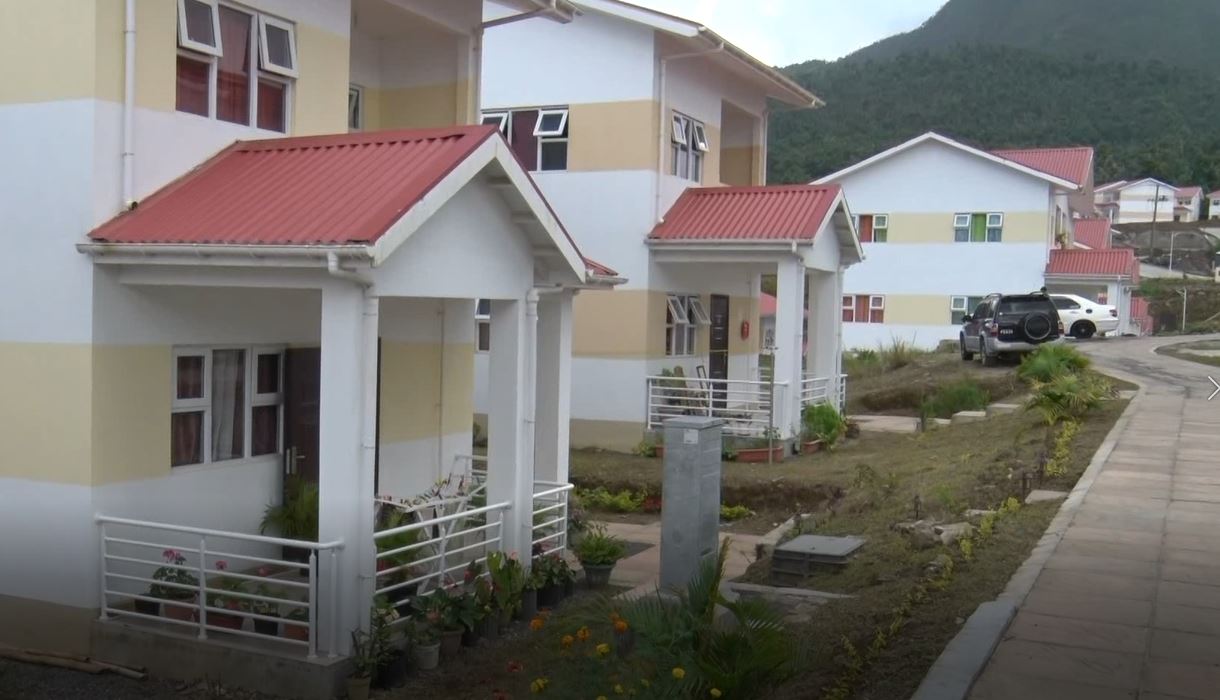 Following the passage of Hurricane Maria in September 2017, the Government of Dominica spearheaded a comprehensive housing programme to provide safe and comfortable homes for citizens.

Housing developments have been built in several communities across the island and Prime Minister Roosevelt Skerrit says Government is well on course to building five thousand resilient homes.

After the passage of Tropical Storm Erika in August, 2015 Government commenced construction on forty-nine acres of land in Bellevue Chopin to relocate the people of Petite Savanne.

Over the past months residents of Petite Savanne and other neighbouring communities have been receiving keys to their brand-new homes.

Even before the construction of the new apartment buildings Government has spent millions to assist Dominicans with housing assistance.

By 2010 the housing revolution, with the assistance of Alba funds from Venezuela, had reached over forty communities bringing benefits related to physical renovation, access to potable water and replacement of pit latrines.

Government also provides financial aid to the Government housing loans board and the aid bank for financing home construction by lower income earners within the private and public sectors.

For the Member of Parliament who has stood with his constituents during the both devastating storms, Tropical Storm Erika and Hurricane Maria, this is a joyous moment. He stated that he has worked tirelessly to ensure that each family has a proper roof over their head.

“As the Parliamentary Representative I think that at the second handing over, I said that with the handing over of each key, each home to a resident, I feel the burden on my shoulders getting lighter and lighter and it is with great pleasure that I see finally the culmination of this historic project. I have done my research and I don’t think nowhere, I dare say in the world, that any Government has responded to the needs of its people in such a way as the Dominica Labour Party Administration has done in this case for the Petite Savanne residents and of course wider for the Petite Savanne Constituency,” Honourable Darroux stated.

“Two years ago, just when we were beginning to see the light at the end of the tunnel, along came Hurricane Maria who threatened to undo all our efforts. But thak God, you had a visionary Government, a visionary leader, who saw it fit to put plans in place especially as it pertains to the relocation of the Petite Savanne community and Hurricane Maria did little or nothing to stall the project, and we really need to thank MMCE and the developers. And I think it was almost a premature test as to the resilience of this building and as Hurricane Maria showed the buildings were able to withstand the ravages of this category five hurricane ,” he noted.

“Without the blessings of the Lord, we would not have made such a remarkable improvement in our country. Because I say to you that what you see me do for people, especially the less fortunate among us, I am really just an instrument on earth. Because I believe sincerely that if a nation, and more particularly a Government has a biblical duty to look after the less fortunate among us,” the Prime Minister stated.

Prime Minister Skerrit says the recovery efforts of Dominica post Hurricane Maria is a testament of how God has been good to the people of Dominica.

Beneficiary of the Housing Program, Mary Darroux Charles says she is pleased that Government continues to provide good houses for those in need.

“We are well satisfied in the two bedroom house that we got, and I cannot finish thank the Government for that house. I had a wooden house in Petite Savanne and now here I am living in that lovely house. And they are still continuing to build houses for the elderly, for homeless people, and the Bible says to home the homeless. So they are doing a good job and all I can say is thank you, thank you, thank you,” Charles stated.

Principal of the Petite Savanne Primary school, Phanuel Hilaire, says at this stage in his life he would not have been able to build a new home when his house was destroyed after the passage of Tropical Storm Erika. He admires what this Government has been doing for the people of Petite Savanne and the people of Dominica.

“I am very pleased with the effort of the Government in terms of the relocation of the community of Petite Savanne. As I had already expressed before when I first received the keys to a house here in Bellevue Chopin, I was in a difficult situation really and truly, and at my age, having lost my property at Petite Savanne it would have been a very difficult thing for me to have been able to build back. So I am appreciative of the gift that I have received from the Government through the housing,” Hilaire stated.

According to Hilaire, relations with neighbours has been great and the new community is becoming one where each they all look out for each other.

“We okay with the neighbours. In fact we really and truly take care of each other. For example if somebody is not there today and the garbage truck passes by, when they come back home you will find that somebody has taken care of it for you. So life in terms of the living aspect, in terms of relationships, it is very good,” Hilaire added.

Harold Francis, a resident of Petite Savanne says he is happy that he can rest safe in the event of a natural disaster and he has the Dominica Labour Party Government to thank for that.

Francis went on to thank the Government for what he described as a piece of paradise.

“From the time we came up to this area, we felt different, we felt more at home, and we are at ease here. We can actually say that we are in paradise. We don’t feel hot it is always cool, it is always quiet up here and we appreciate what we received from the Government,” Francis added.

A new health centre, basketball court, football field, commercial centre and a primary school will be constructed to complete the new face of the new settlement.

This programme, as articulated by the nation’s leader is one of the priorities of his Government and will continue to be at the top of his check list.