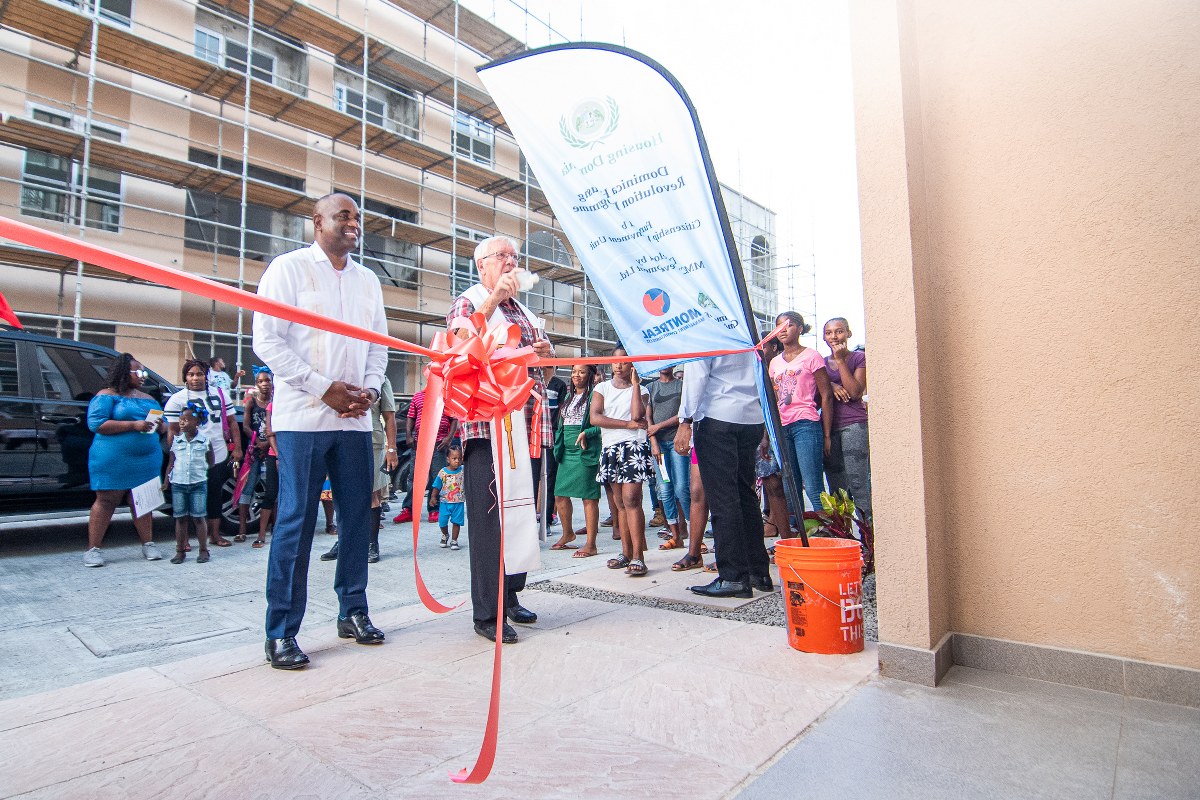 Sixty six units were handed over in La Plaine on Tuesday October 1st, as the Government continues its Housing revolution.

The main structure of the building is made up of reinforced concrete, along with certified hurricane resistant windows. Extra precautions were taken in the detailing of the balconies to ensure that any buildup of water on them in a climatic event cannot enter the building.

This was done after the passage of Hurricane Maria, as many otherwise safe buildings were compromised by water as the drainage became blocked with vegetation during the storm.

Over six million dollars has been spent for the repair and reconstruction of new homes in the La Plaine constituency since the passage of Hurricane Maria in 2017.

Parliamentary Representative for the La Plaine Constituency Honorable Petter Saint Jean confirmed this in his address at the handing over ceremony for the allocation of residential units to over sixty families.

He noted that beside the construction of the sixty six units, materials were given to home owners in the constituency to repair their damaged homes.

“Not only have homes been recovered, reconstructed, and rebuilt, but through the Government’s material distribution program, a total of three hundred and twenty four homes, among the three villages, the home owners were given materials to do complete roof renovations. And yes my friends, here we are on the Atlantic Coast in the heat of the first October afternoon sun. Today, sixty-four families, a total of one hundred and fifty one individuals are benefiting from housing that to my mind is comparable to the most affluent cities in the world,” Honorable Saint Jean stated. 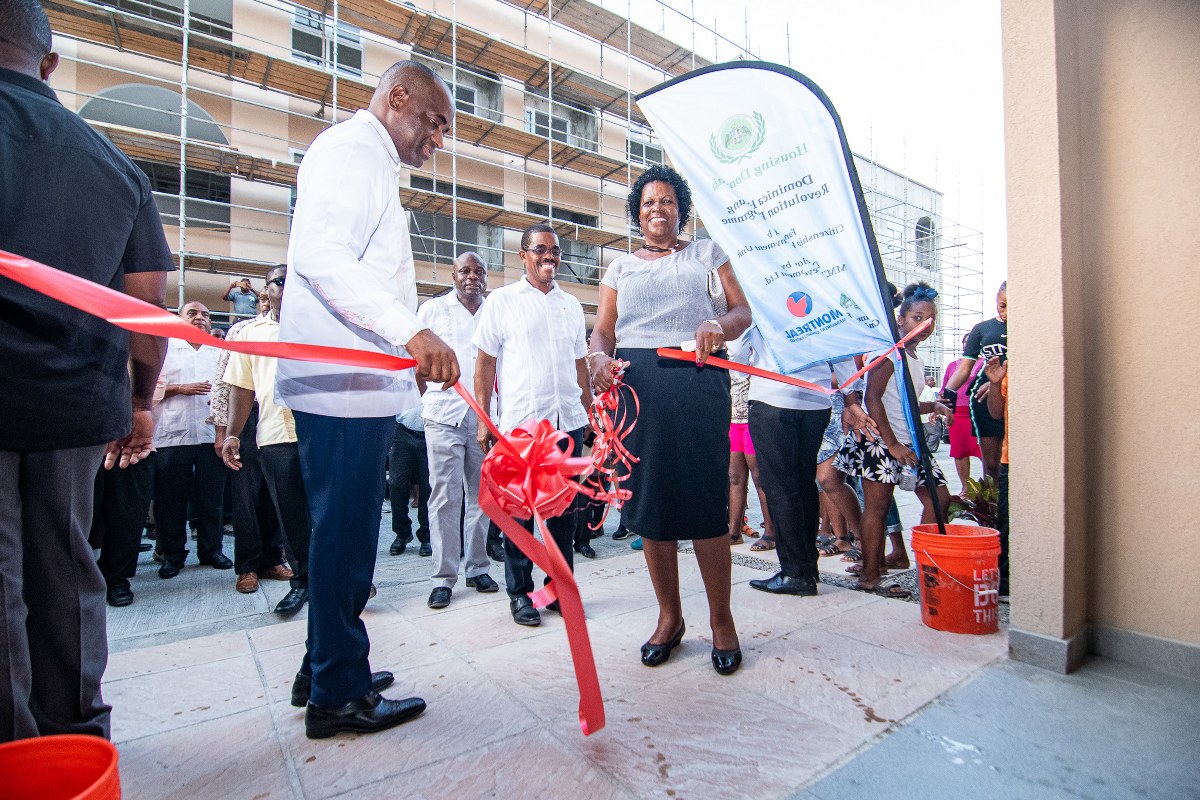 Honorable Saint Jean reminded those present at Tuesday’s ceremony that the residential units were presented to the homeowners at no cost to them.

“Your new homes comes to you as a gift; paid for in full, without any charge by the Government of the Commonwealth of Dominica, the Dominica Labour Party Administration. Friends, paid for by the Citizenship by Investment Program,” the Minister added.

Prime Minister of Dominica, Honorable Roosevelt Skerrit has confirmed to the recipients that they have full ownership of their units.

“There are people who will come and say well we are giving you apartments, but we won’t give you titles. I will tell you, and I will report to the country that I have instructed the Attorney General, and he has put that in place. We have a state attorney that will be solely responsible for doing all of the legal preparatory works to ensure that people who receive homes from the Government get a Certificate of Title in their names,” the Prime Minister stated. 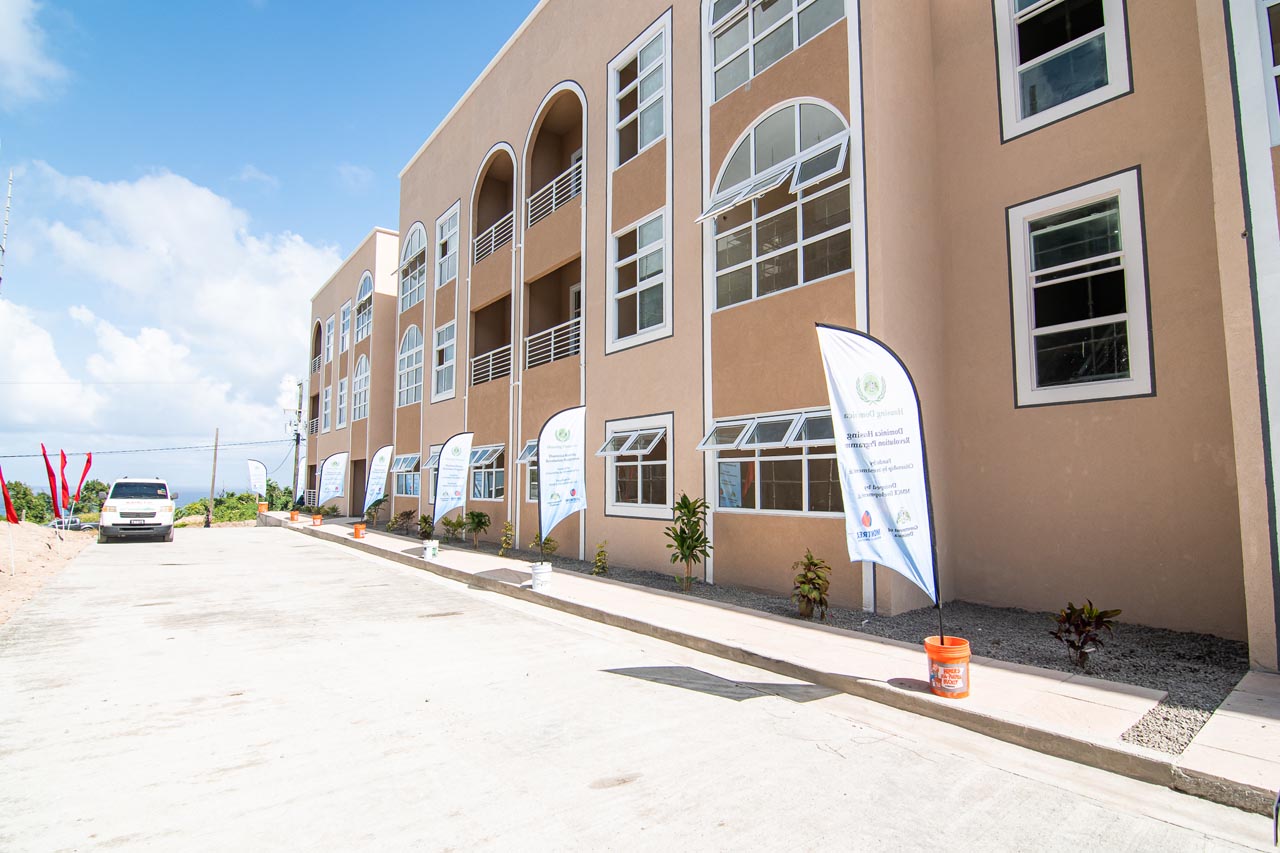 The Prime Minister added that the DLP Administration will continue its mission of providing homes free of charge to families across the island.

“We will continue with our mission. We are not being distracted. We have work to do. We have people‘s lives to improve. We have people’s lives to transform and that is our commitment to do. And I am very, very, very happy for all of you and very soon we will go to Delices, because for those of you who do not know, we are also building sixty-six building like this in the village of Delices. And we will come to one of the most wonderful communities in Dominica, Grand Fond, where we are building sixty six units for the residents there. And we will go to San Sauveur where we are building sixty six units; and in Hillsborough Gardens in St Joseph where we will be handing over keys very soon,” he further added.

So far homes have been given to residents in Georgetown Glanvillia in Portsmouth, and in Castle Bruce.

Project Manager for Montreal Management Consultants Establishment (MMCE), Chris Timmins stated that they were committed to building on a safe site after the destruction of Hurricane Maria.

“When we first got involved with these projects, in 208 we spent several weeks driving around all the areas in order to try and identify a safe site in which to build in areas that have been identified as the hardest hit with the greatest need for housing by the Ministry. There was a complete sense of shock as we drove around the villages and witnessed the damage that had been inflicted by Maria, which only added to the challenge and the commitment of being sure that any site that we are permitted to build on must be free form the risk of flooding and landslides as possible,” Timmins stated.

Timmins added that persons who received their keys at the ceremony should be able to move in in the upcoming weeks.

“We hope that in the next two weeks, the first residents in the first building, will be moving into their new homes, very quickly followed by the residents of the second building. None of this would have been possible without the support, help and work of so many people and we must thank the Office of the Prime Minister, the Ministry of Housing, DASPA, DOWASCO and DOMLEC,” Timmins noted.