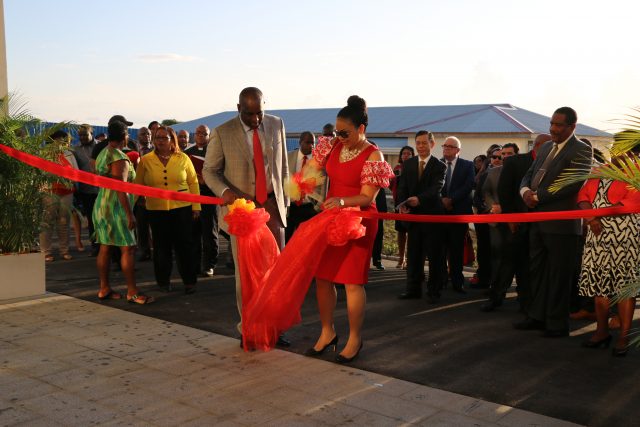 The first phase of the Dominica China Friendship Hospital was officially opened on Friday September 6th, 2019.

Prime Minister Honourable Roosevelt Skerrit and his wife Melissa Skerrit cut the ribbon to formally the commencement of services at the new state-of-the-art, over 40 million US dollar health facility.

Prime Minister Skerrit stated that the new national hospital is a part of a national development thrust initiated and developed by the ruling DLP administration.

“When we couple this achievement with the soon to be completed hotels and housing complexes, Dominicans here and abroad will be bale to boast of having the best hotels, public housing, and public health care in the entire English-speaking Caribbean,” the Prime Minister stated.

“What you see now and will soon see when the other phases of construction are completed is a hospital that was meticulously designed to meet our foreseeable needs,” Prime Minister Skerrit stated.

The  Dominica China Friendship Hospital is expected to bring much relief to residents and citizens of Dominica.

“The hassle and expense of having no choice but to leave these shores to access some forms of medical interventions will be a thing of the past. Because there are many citizens in this country who do not have the means of accessing medical care overseas and with this facility, you will have the ability to access it right here in Dominica,” Prime Minister Skerrit noted. 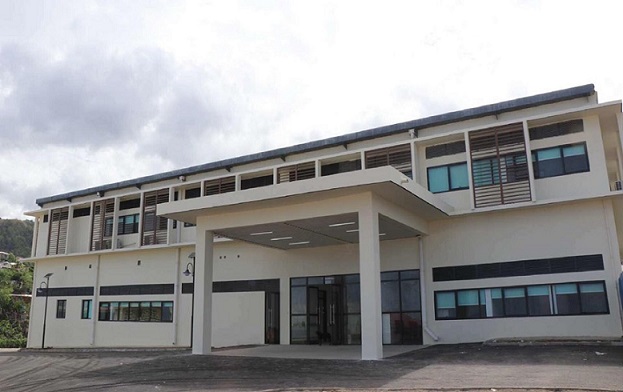 The ground breaking ceremony for the project was held on August 8 2016, followed by the official commencement of work in October of that same year. The project was constructed on the site of the Princess Margaret Hospital.

Honourable Skerrit used the opportunity to highlight some aspects of the first phase of the new facility.

“The new Accident and Emergency building is a state-of-the-art facility in which there is one operating theatre, fourteen observation beds, four doctors’ clinics, two isolation rooms and a crash resuscitation room among many other modern amenities and services. Right beside it, is an ultra-modern three floor medical technology wing, that will be home to the imaging department on the first floor, with a new blood bank and a fully equipped lab facility on the second floor. On the third floor, Dominicans will gain access to the largest dialysis unit this country has ever had, as well as new diagnostic department and ambulatory day care unit,” he explained.

Minister for the Environment, Climate Resilience, Disaster Management and Urban Renewal Honourable Joseph Isaac stated that the opening of the new national hospital is testament of the commitment of the Honourable Prime Minister Roosevelt Skerrit to the island’s health system and the friendship of the People’s Republic of China.

“Let us not take these things for granted and let us not take the fact that we are blessed with a once in a generation leader like Honourable Roosevelt Skerrit who is engineering the socio-economic transformation that we are now part of in this country. We are celebrating the opening of the best public hospital in the English-speaking Caribbean because of his vision and his ability to deliver to we the people. Without our Prime Minister’s ability to see the bigger picture, this country would never have forged a friendship with the People’s Republic of China,” Minister Isaac stated.

The facility will be completed in seven phases, with the second phase already started.

Ambassador of the People’s Republic of China His Excellency Lu Kun described the new hospital as a first-class facility.

“We want to build this new hospital as a first-class hospital. We want to give it first-class equipment and machines. These instruments and equipment are the most sophisticated at the same level as in China. We also wanted first-class management, just like proposed by Dr. Skerrit. We wanted professional management in the hospital. After the completion of the new hospital, patients from other islands will be coming to Dominica,” Ambassador Lu Kun stated.