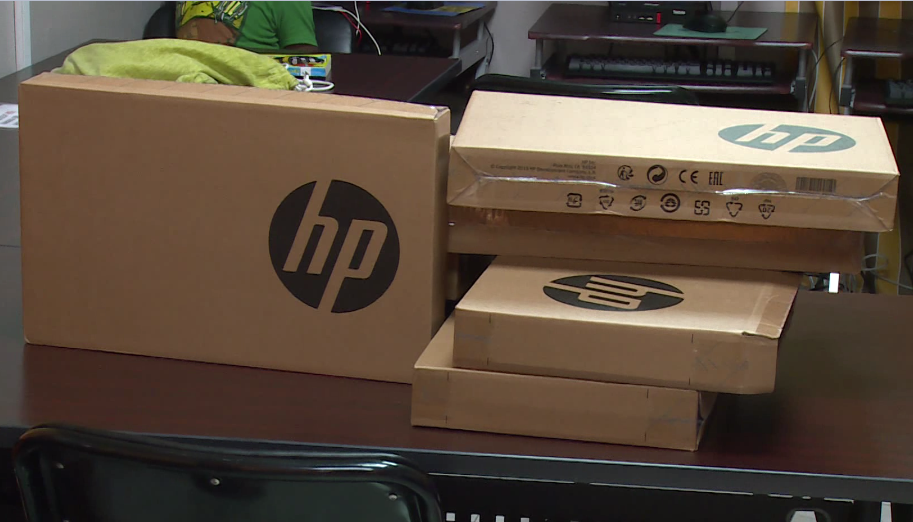 The Dominica Library Information Service is now the owner of seven new laptops after they received a donation from two organizations founded in Canada.

The donation was made at a small presentation held on Thursday, August 29th at the Dominica Public Library.

Trade and Investment Commissioner for Dominica in Canada, Frances Delsol delivered the seven laptops to the Dominica Library on behalf of the Brampton Flower City Rotary Club, and A Young Consortium of People.

The Brampton Flower City Rotary Club donated three of the seven laptops, while the group of young persons donated the remaining four.

Delsol stated that the laptops were bought after a conversation with Mrs. Vernanda Raymond on some of the needs of the library service.

“Both of these organizations have one objective in common and that is to help. When they raised the funds, they called me and they asked what they could do the help the library services in Dominica. So, I spoke with Mrs. Raymond and she told that there was a need for laptops, and we went ahead and purchased them and here we are,” Delsol stated.

“So, I want to present them on behalf of those two organizations,” she noted going to say that they “hope that it is put to good use not just in Roseau but to help with library services across Dominica, and we will continue as we have always done to do what we can to assist our fellow citizens n Dominica from those of us in the diaspora.”

Germain Jean Pierre expressed a hearty appreciation towards the members from the Trade and Investment Commission for Dominica in Canada on behalf of the Rotary Club of Dominica and by extension the Public Library, adding that she “looks forward to working in the future with these organizations.”

Officer in Charge of the Public Library in Dominica, Renitar Charles also expressed her appreciation for the kind donation.