EIGHT VENDING KIOSKS FOR CRAFT VENDORS IN THE KALINAGO TERRITORY 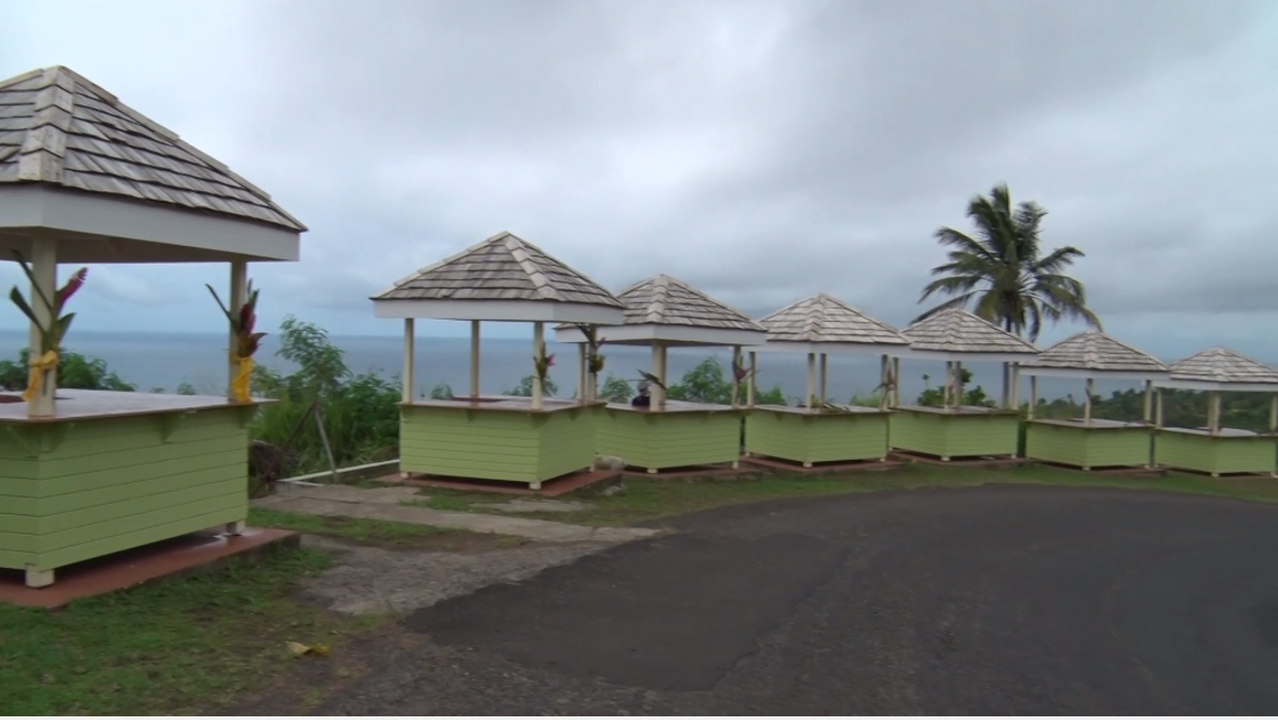 Eight newly constructed vending kiosks have been handed over to craft vendors in the village of Salybia.

The beneficiaries all lost their original stalls during the passage of Hurricane Maria in September 2017, leaving most vendors using makeshift stalls to conduct their business.

The eight kiosks were built at a cost of approximately seventy-nine thousand dollars.

Kalinago Chief Charles Williams says that he is pleased that the Government has assisted the vendors restore their livelihoods.

“Hurricane Maria struck this island and it was not the intention of central government or anybody to destroy those facilities that were existing at the time. However, that being as it I, we are very happy that the Government has come forward and assisted the vendors here to rebuild those kiosks so that the vendors can have proper vending facilities for the sale of their craft products,” Williams stated.

He also encouraged the vendors to be more proactive to ensure that visitors are influenced to visit their stalls.

“I want to say that I am very pleased to see this happening. I hope the vendors will be satisfied at this point in time and that they will be going back to their normal life ad making something out if it. However, we have to increase sales and increase business for the vendors here. We depend mostly on the overnight and cruise tourists. But I think that if we organize ourselves here in the community in a nice editing, we can probably do some promotion on our own too and then we can entice our visitors to come to the Kalinago Territory and bring in some sales,” the Chief Williams stated.