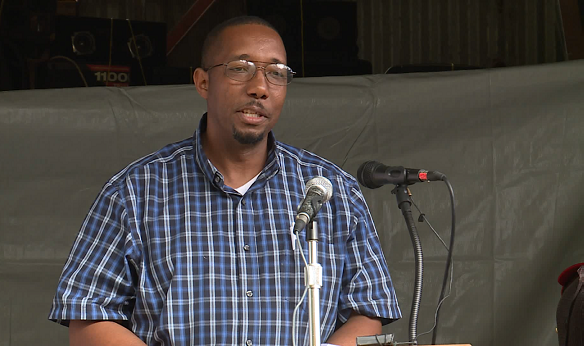 The new Bagatelle Alternate Water Harvesting and Storage Project, funded by the Japan- Caribbean Climate Change Partnership and the Government of Dominica has been officially opened.

A ceremony was held on Wednesday, February 20th to commemorate the event.

Assistant Local Government Commissioner, Steve Joseph, stated that the project came about through the collaborative efforts of the community, Government, and the J-CCCP in an effort to combat issues faced by the main water system.

“The Bagatelle Alternate Water Harvesting and Storage Project is a product of the efforts of the community of Bagatelle, the Division of Local Government with support from the Japan- Caribbean Climate Change Partnership Project with funding from the Japanese Government. The project was conceptualized by Mr. Fontaine on the basis of need, since the regular climate impacts that we have experienced have usually disrupted the main water source from DOWASCO to residents leaving people without water for days. The community instituted this ad hoc alternate water system at “ravine zombie” as a coping strategy.” 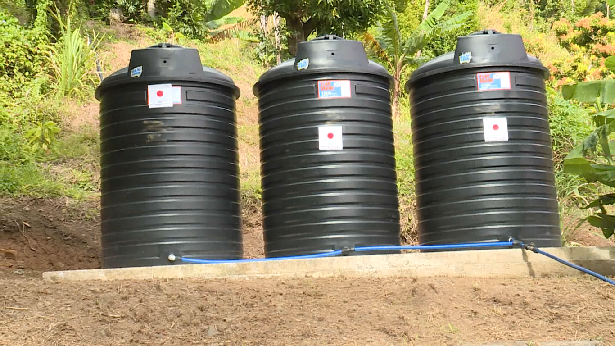 Joseph noted that after the proposal was submitted and approved, a total of $23K US was granted to move the project forward.

Joseph then went on to explain the details of the alternate water project.

“The scope of the project including works, installing 3000 capacity gallons of storage for water, redesigning of the intake and putting not only one source, but a backup source to ensure some level of resilience, and new installation of lines from the source to the storage tanks and distribution to two standpipes in the community.”

Joseph further added that there are many benefits to be derived from this water system including a fresh water storage facility in the case of an emergency.

“The aim of this initiative is to ensure that if we experience that kind of disruption in the future, the community can fall back on this alternate. In the interim, there are other benefits this project provides to some level of rural agriculture and other domestic purposes to ensure that the water is used up and kept fresh. Part of the project included the building of a small storage facility because your area is still prone to the impact of climate events so, we felt the need to store some material closer to you, so that if a line gets washed away you can quickly restore the line.”

He then called on residents of the community and environs to be responsible for the system.