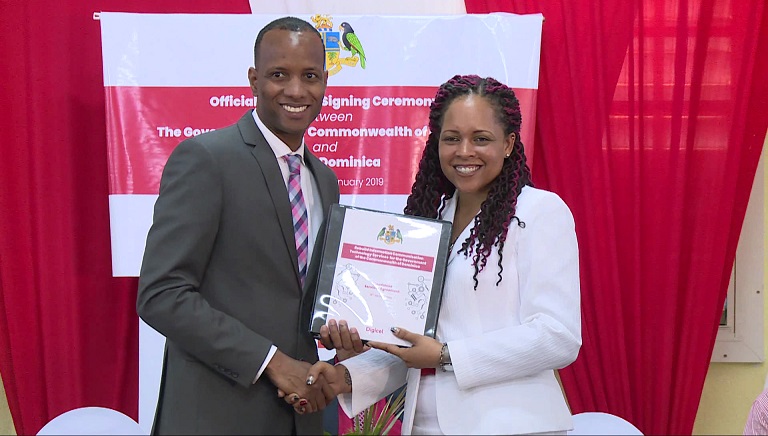 On January 14, 2019, Government signed a fifteen (15) year contract with the telecommunications company.

Speaking at the signing ceremony, CEO of Digicel Dominica, Nikima Royer-Jno-Baptiste applauded the government on its decision and pledged Digicel’s commitment to deliver on its promise to improve the lives of every Dominican.

“Digicel is committed to delivering on each and every one of its promises in the contract and playing a leading role in making Dominica the number one digital economy within the Caribbean.”

She added that Digicel will introduce a wide range of services including free Wi-Fi at sixteen (16) of the nation’s popular sites, free online access for students and a CCTV network to improve national security.

“The government will be initially introducing several cutting-edge ICT initiatives in Dominica including, safe city - CCTV monitoring including facial, and licence plate recognition, contributing significantly to the safety of all Dominicans and visitors to our country. Connected Health - allowing all remote health centers to have access to the latest medical support from around the world. Online Learning hub - improving the standard of education for students in Dominica by giving almost 9000 students grades 4 to high school free online access to full curriculums, public Wi-Fi at sixteen of the most popular sites across Dominica.” 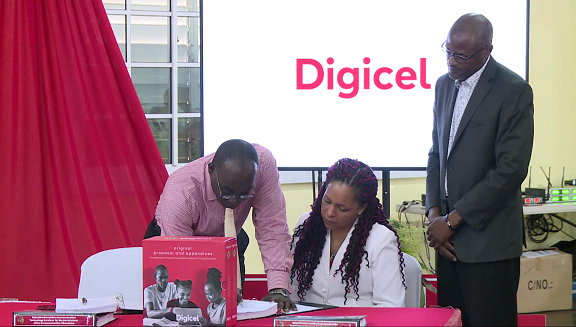 Minister for Information, Science, Telecommunications and Technology Hon Kelver Darroux, says in an era where technology plays an integral part in the daily lives of citizens, this contract signing is especially meaningful to the Government of Dominica.

“we are satisfied that Digicel will provide the government of Dominica with the range of quality services approved in the contract and deliver a very robust, resilient, high capacity and smart network to meet the growing telecommunication and ICT needs within the public service.”

This contract signing is part of the Government’s “Build Back Better” campaign ensuring a robust and resilient technical infrastructure capable of ensuring continuity following any natural disaster.