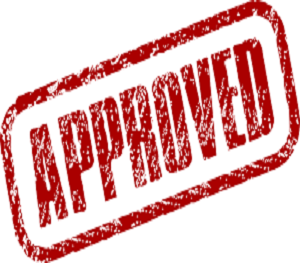 The third session of the third meeting of the ninth parliament got underway on Tuesday May 1st, the first session since the commencement of 2018.

On Tuesday, a bill for supplementary appropriation for the period May to June 2017 in the amount of $82,851,808 was approved.

The Hon Prime Minister and Minister for Finance, Roosevelt Skerrit, in winding down the debate on the bill, expressed pride in his Government’s ability to account for every cent of expenditure.

“The good thing about this submission to the Parliament is that this Government is able and has been able to account dutifully for the monies spent in the Government treasury, for every million; that is the most important thing [here]. So, when people are accusing us of all sort of things they must come with the facts. We have not accounted only [for the millions], we have accounted for even the cents, we are not rounding up anything.”

Of that amount, $1.4 million went towards assisting with the acquisition of the Dominica Coconut Products and a sum of $820,000 went towards the final disbursement for the completion of the national abattoir. Among the expenditures also was an amount of $7.2 million for tuition fees and related expenses for students pursuing university qualifications.

Supplementary appropriation for the months July to December 2017 was also presented to the House and passed this week. A large sum of the $85.3 million on this estimate went towards clean up efforts and the provision of relief for nationals as Government responded urgently to the needs of citizens following Hurricane Maria in September 2017.

“Hurricane Maria affected the lives of all our citizens, its effect was unprecedented and left many people homeless, jobless and without the basic needs like food and water. As a Government it is our mandate that we meet the needs of our people at a time when they are unable to do so themselves,” Deputy Prime Minister, Hon Reginald Austrie said to the House on Tuesday evening.

He recognised the contribution friendly governments, organisations and donor agencies locally, regionally and internationally who assisted Government in meeting the needs of citizens after the dreadful disaster.