Chinese Delegates Back On Island To Recommence Work 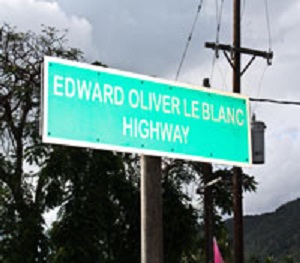 Major projects undertaken by the People’s Republic of China has recommenced after being halted by the events of Hurricane Maria last September.

The Hon Prime Minister, announced this earlier this month while addressing the nation.

These projects include the new national hospital, a $100 million gift from the PRC and the rehabilitation of the Edward Oliver Leblanc Highway.

“With advanced teams already on island activities on construction of the new national hospital, the rehabilitation of sections of the EO Leblanc highway and completion of the York valley bridge project will continue,” he said.

The Prime Minister also announced that four medical specialists from China are expected in Dominica to strengthen the delivery of medical services here. The agricultural team for the seventh phase of cooperation on agricultural project is also expected on island in April.