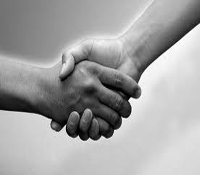 While regional integration is of major significance to the development of the entire Caribbean region, Commissioner to the OECS, Ambassador Felix Gregoire spoke about the importance of unity and integration within Dominica.

In a recent interview with GIS News, Ambassador Gregoire stated, “One would also want unity on the local front.  We need to unify as Dominicans so we can bring speedy development to our country.  I would want Dominicans, all of us to take seriously the development of our country.  It is our country, we met it there and we will leave it there.  I have heard people say ‘Dominica is bad’ and I’ve heard other people say ‘it is not Dominica that is bad; it’s the people that are bad’ because the [island] is constantly there so if its the people that are bad, I think we need to look at that and try to look at our development as a people.”

The Ambassador also disclosed that he intends to incorporate the ideas and concerns of citizens in to the decision-making process regarding regional integration.

He says, “Involving people in development is one of the most difficult things that you can be faced with.  I know that because I have been working in community-based projects for a long time but it has to be done. If at the end of the day we have to achieve our objective then it has to be done.  So we will be gearing our efforts to involve people in the decision making, in the consultations, in the implementation, most importantly of the decisions taken towards the integration of regional unity.”

We have 386 guests and no members online