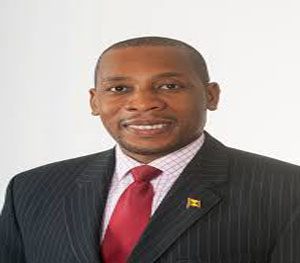 The Eastern Caribbean Central Bank (ECCB) predicts that Dominica’s economy will grow by at least 3.2% in 2017.

Governor General of the ECCB, Timothy Antoine, paid his first official visit to Dominica since taking up office on February 1st 2016.

As part of the visit, Antoine held a press conference to disclose plans and developments of the ECCB and the Eastern Caribbean Currency Union (ECCU).

Antoine noted that the ECCB sets a 5% economic growth target annually for all member states.

He said 5% percent allows the creation of more jobs and a reduction in poverty.

“Before Ericka we were going to grow by 2.8%, after Ericka the economy declined by 2.5%.  That’s the power of a natural disaster,” he said.

He revealed that last year’s economic growth stood at 1.7%, but advised that the percentage may vary when additional data is collected now that the year has ended.

Antoine stated that the economic growth for Dominica is expected to be even higher for the years 2017 and 2018.

“The projection at this stage is that the Dominican economy will grow by 3.2% this year and again by 3.2% next year.  Based on what we have seen so far it is quite possible that it can meet those projections,” he said.

He says Dominicans should be optimistic as this growth will make a significant impact on the lives of citizens.

“I think you should be optimistic.  Certainly what I have seen so far, I expect that that there will be a pick-up in the economy.  There is certainly quite a bit of rebuilding that is expected…and certainly depending on what goes on in the US that also could help, so we have to see how that goes.”