The Akua Benjamin Legacy Project honours the tremendous contributions of activists and academic and community leaders who focused on anti-black racism and resistance. 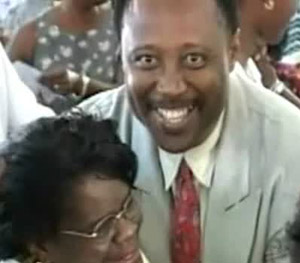 The late prime minister was honoured among six others this year with a public lecture and video documentary highlighting his work to defend individuals of African descent.

Roosevelt ‘Rosie’ Douglas was born on October 15, 1941 to the late Robert Bernard Douglas, a wealthy businessman, coconut farmer, and conservative politician who named his boys after world statesmen.

Rosie Douglas pursued his studies at the Sir George Williams University in Montreal, Canada. There, he became involved in the fight for civil rights after attending a lecture by Dr. Martin Luther King, Jr at the University of Toronto in the late 1960s.

From the 1960s to the 1970s, Roosevelt Douglas devoted his life to improving the rights of black people around the world.

After returning to Dominica, PM Douglas pursued a broad range of political activity on the world stage, getting involved with the socialist international, building relations with Cuba, the People's Republic of China, and the Soviet Union securing hundreds of scholarships for Dominican students.

In Dominica, Douglas launched the popular independence committee which stressed for full political independence from Great Britain, helping to pave the way for Dominica to become an independent nation in 1978.

After serving as a senator in the post-independence government, Douglas won his seat as the Member of Parliament for the Paix-Bouche constituency in 1985. He served as the International Secretary of the Dominica Labour Party, eventually becoming leader in 1992, after the death of his brother Michael Douglas.

After losing the election of 1995, Rosie Douglas became Dominica’s prime minister in February, 2000. He died suddenly in October of that year, shortly after his 58th birthday.