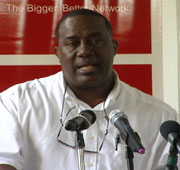 Cricket fans will once again witness a world-class match in Dominica, when the final leg of the third Digicel Test Match- West Indies vs. Australia gets underway from April 23-27, 2012. Following the West Indies Cricket Board’s decision to withdraw the match from Guyana, Dominica’s Windsor Park Sports Stadium was chosen as the new venue. Dominica hosted its first ever International Test Cricket Match at the Windsor Park Sports Stadium in July 2011.

Events Manager of the Dominica Cricket Association (DCA), Gifford Walsh says hosting Australia has always been a dream for Dominica and that the country is ready to host the upcoming match. He affirms the DCA’s aim to fill the twelve thousand seats in the Windsor Park Stadium on the scheduled days, so that Dominica will be given consideration to host international matches in the future.

“In receiving this Test Match, we feel that we’ve been given a gift and, like all gifts received, we have to show our appreciation and we are going to do everything within our power to ensure that Dominicans show up in large numbers on each and every day. We need the public’s support and we need to show that we love and support West Indies cricket if we expect this journey of hosting international cricket to continue.” 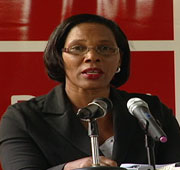 Speaking at a press conference on Friday, Minister for Sports, Hon. Justina Charles says Government has taken the necessary steps to ensure that the Windsor Park Sports Stadium meets international standards. “The Government of Dominica continues to invest in the Windsor Park Sports Stadium to maintain a pleasant environment for all, and to further ensure that all the requirements of modern-day cricket are met.”

“Among the various activities being undertaken by the Ministry of Sports are: improvement of the electronic score-boards, continued improvement to the outfield, modification of the players’ dressing rooms in order to provide more space to the teams and facelift to the East and West stands. The improvement works will also include an upgrade to the manual score-boards, an upgrade of the practice pitches and a general upgrade of the closed-circuit security systems. All these are done to ensure that Dominica becomes a premier venue for hosting international cricket.” 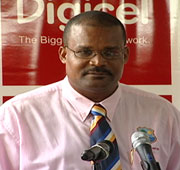 Meanwhile, President of the Dominica Cricket Association (DCA) Emmanuel Nanthan believes that Dominica is “the cricket loving capital of the Caribbean”. He stated, “Much was said about us when we got this match; it was said that we are a small country, that we only have 72, 000 people. We shall show that we are a small country, but a proud country and we have 72, 000 people who are passionate about cricket!”

Cricket fans can purchase tickets for the West Indies Vs Australia match online at www.windiescricket.com . Prices range from EC$15 for Grounds, EC$20 for the East Stand and EC$35 for all other stands. Season tickets are priced at EC$125.

We have 187 guests and no members online