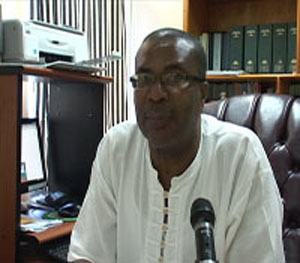 Dominica’s Health Minister Hon. Julius Timothy has challenged healthcare providers on the island to do all possible to help reduce the numbers of amputees on the island.

The Government of Dominica recently embarked on an ambitious initiative- the Diabetic Foot Care Programme spearheaded by the Ministry of Health aimed at reducing the burden of diabetic foot problems on the island.

Diabetes and diabetic foot problems over the years have a significant impact on the population and efforts have been made to reduce the number of cases.

The country’s health minister at the close of a recent diabetic foot workshop expressed a desire to see a significant reduction in the number of diabetic related amputations by ninety-five percent (95%) within the next two years.

“Within two more years, I would like the incidence of diabetic amputations in Dominica to be reduced by ninety-five percent. Within this year I have been given the assurance that we can reduce it by fifty percent and within the next year we can achieve our target. I am telling you health care providers you have a challenge on your hands” the minister remarked.

Diabetic amputations are life-threatening and may involve life-long dependence upon the help of others, as well as an inability to work.  Health officials say amputations and foot problems in general are among the most costly complications of diabetes.

In developing countries like Dominica, it has been estimated that diabetic foot problems may consume as much as 40% of available healthcare resources for diabetes, hence the reason why Government has taken proactive measures aimed at early intervention and prevention.

This action Government believes will ultimately lead to improved quality of life with people living with diabetes.