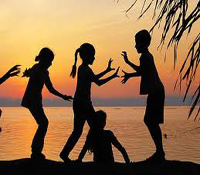 The Welfare Division continues to call on members of the public to assist the department in identifying victims of child abuse within the society.

Chief Welfare Officer, Martin Anthony made the call when he addressed a crime and violence forum in Pointe Mitchel on Monday night.

Martin said there should be greater collaboration and partnerships at the community and state level in responding to these horrendous crimes against the nation’s children.

“We have been calling on the public continuously to join hands with us in continuing to report on what they see happening around them”.

The Welfare Division over the years has been working in the interest of the most vulnerable groups such as abused and neglected children and has been offering remedial services to victims.

The Chief Welfare Officer confirmed that the child abuse situation in Dominica is a serious one which should not be ignored.

“When one thinks of children as young as two and five years being violated this is an affront to humanity and the dignity of a human being,” he lamented.

Anthony says his department will continue to be a strong advocate against the abuse of children in Dominica.

“We continue to detest the action of persons who wantonly and for reasons unexplained who take advantage of children. Children are vulnerable, children need to be protected and we all have a part to play in the protection of children,” he added.

The Welfare Official warns about perpetrators of child abuse within the society who continue to take advantage of children.

Anthony has assured members of the public wanting to provide information to the department about children being abused, that the information is always confidential.

“Many times we tell people who call the department you don’t even need to mention any name to us as to who is the caller, just give us the information and we will go out to try to authenticate the report you are making.” Martin assured.

The Welfare Division which falls under the Ministry of Social Services, Community Development and Gender Affairs exists primarily to safeguard people against human degradation emanating from poverty, old age, mental and physical disability, acts of God, and other forms of misfortune.