LIME Explains Cancellation of Creole in the Park 2015 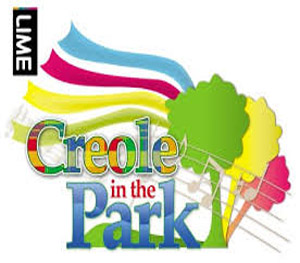 LIME Dominica has officially announced the cancellation on this year’s Creole in the Park event.

Following the passing of Tropical Storm Erika, not only were the country’s people, landscape and infrastructure affected but the island’s telecommunications as well.

At a press briefing on Wednesday, 16 September 2015, General Manager of LIME Dominica, Jeffery Baptiste said the impact makes it impossible to continue “business as usual”.

“This year, the dynamics have shifted dramatically,” he said. “We are at a different place with respect to our development as a country…While we started our considerations for Creole in the Park about a month and a half before, once Erika had passed, the picture had completed shifted and our priorities had to be realigned.”

Baptiste continued, “We cannot undervalue the need for us to be at work, not some of the days but every single day leading up to the full recovery of this country. When I say at work I mean focused on the core business of telecommunications.”

Baptiste noted the damage to the company’s network infrastructure.

He listed “a number of cuts in our underground fibre optic transmission network” and damage to lines at every crossing where bridges were dislodged.

“While we have returned most of the country t service, in a lot of ways it has really been quick fixes just to get service back up.”

The General Manager says before the storm, all systems were a go for the staging of the 13th annual Creole in the Park.

He says while it is not part of the company’s core function, it’s something to which it has committed as contribution to Dominica’s culture.

He gave his company’s commitment to partner with stakeholders in upcoming weeks to host benefit activities for the island.

We have 406 guests and no members online