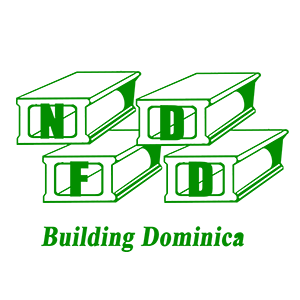 The National Development Foundation of Dominica is reporting another successful year of business under the theme “creating an enabling environment for our medium, small and micro enterprises (MSME) sector that drive economic growth and future development”.

This growth is despite the negative blow suffered by passage of hurricane Maria which affected the revenue and asset of the NDFD.

On Wednesday the NDFD held its annual general meeting at the Prevost Cinemall where it operated since Maria caused damage to its original location.

The National Development Foundation of Dominica limited is a private, non-profit development institution established in 1981 as a limited company by guarantee under the laws of the commonwealth of Dominica.

This year, 2019, marks 38 years of operation for the organization.

Executive Director of the board- Cletus Joseph, reported on the financial status of the organization.

He says that financial stability is an objective of NDFD and despite events such as Maria, NDFD will remain on that path.

“As at December 31, 2017, total assets of the NDFD stood at $20.6 million, with total liabilities of 17. 3 million which shows slight growth over the previous year... loans receivable increased by 372,000 which is much less than that of 2016 in part due to the sudden halt and shut down in operation during the last quarter of the year. Total revenue for the year was 2.5 million and total expenses was 1.5 million leaving an operational surplus of $985,000 for the period. Our general fund therefore now stands at 2.2million and the evaluation surplus remains at $995,000, financial sustainability is one of the objectives of the NDFD and despite unexpected events continues to be on that path the result of prudent financial management and decision making.”

Nichols Bruno, Chairman of The Board reported that it was within the first three quarters of the financial year that the most growth was noted.

“The first three quarters of the year depicted strong growth in the operations of the NDFD, our clientele increased during the period and there was a slight diversification in the asset portfolio”

NDFD, however reported a decrease in the total number of value loans approved from the 2016 financial year versus the 2017 financial year.

"During the year 2017, a total of 1177 loans were approved, out of the loans approved three million was in new funds granted as compared to 2016 there was a decrease in the number and value of loans granted by 30% and 27% respectively. part of the reason for the decline in loans approved and disbursed was the effect of hurricane Maria which caused a halt in the loan application and granting process. there was alot of uncertainty during this three-month period following this monster storm, as clients contemplated the next steps for their business."

Joseph commented that a number of factors contributed to the uncertainty of clients including displacement of families, destruction of infrastructure, loss of stock and machinery and unavailability of stock, raw material and utilities among other factors.