The Government of Dominica has afforded two days of national mourning for the late Patrick Manning.

Patrick Augustus Mervyn Manning was leader of the People’s National Movement and was Prime Minister of the Republic of Trinidad and Tobago from December 1991 to November 1995 and again from December 2001 to May 2010. 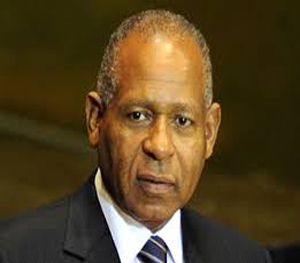 The two days of national mourning are meant to show respect and admiration and to celebrate the life of the former Prime Minister.

On Friday July 8th and Saturday July 9th 2016, the flag of the Commonwealth of Dominica will be flown at half-staff on all public buildings in the state.

Dominica’s Hon. Prime Minister and CARICOM Chairman made the announcement as he addressed the official opening ceremony of the 37th Regular Meeting of CARICOM Heads of Government in Guyana on Monday, July 4th.

He said, “On behalf of the Government and people of Dominica, I extend our profound condolences to the Government, people and family of the late Patrick Manning. I had the good fortune of working with the former Prime Minister over an extended period of time and I could always rely on him and draw on his wisdom on a number of national and regional matters. He was no doubt a very committed Caribbean leader, citizen of the Caribbean Community and his memory and efforts which he has made will last in our memories for a very long time.”

The funeral service will be held at the Holy Trinity Cathedral in Port of Spain from 10:00 am on Saturday July 9 following which his family will hold a private burial.

We have 302 guests and no members online