Students of the Dominica State College (DSC) now have an enabling environment to conduct research as well as academic work thanks to Create Caribbean Inc.

Officially opened on Thursday April, 9th of Create Caribbean Inc. is the work of DSC lecturer, Dr. Shuyler K. Esprit who is the director of this organization.

According to Dr. Esprit, the purpose of Create Caribbean Inc is to create a research agenda for the college across various disciplines. She also notes that the institute will be a primary research facility in Dominica.

“We want to expand the research capacity of the college by engaging students and having them work on research projects exposing them to various tools they can use for research in the classroom and in the work environment. We also want to engage the public and private sectors. The research institute here is basically a conduit for the relationship between the college as the place where research and discovery is supposed to be happening and the real world where the research will be enacted,” she explained.

The institute is described as a non-profit education focused organization that supports students and scholars in academic research, teaching and learning, with an emphasis on using digital technologies. 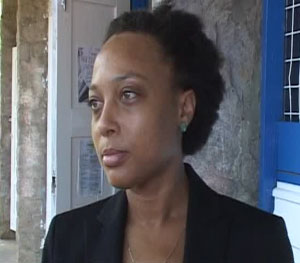 The Director of Create Caribbean Inc. says although the organization is fairly young; they have big plans for the future, one of which is collaborating with other private sector organizations.

“We are a very young institute at the college and with the support of resources provided we have managed to get set up and have an internship programme. We’re also reaching out to private sector entities and the public sector to provide us with support in terms of projects that we can work on and hire students to work on- collecting and analysing data.”

Dr. Esprit says the institute prioritizes the use of technology and hopes for support in the forms of software, licenses and equipment.

The institute has various projects on-stream including a teaching program for young people dubbed Create and Code.

She added, “One of the projects which we designed here at the college with the internship programme is a historical project on maroons in Dominica. 2014 was the 200th anniversary of the second maroon war and we wanted to commemorate that and new research that was coming out and help Dominicans to remember such an important part of our history.

“We’re building a historical resource website than can be used at the primary school level to students and to help teachers introduce the topic to students; for high school students to do research, and for scholars who are working on Caribbean research in different forms.

The website is based on primary source information as well as secondary. There are geographical recreations and virtual recreations of the historical events. A game app is also being developed for children to play as maroons would play. A short story written and illustrated by Dr. Esprit’s students is also featured on the site. The plan is to also publish it as an e-book and in hard copy in the next few months.

“At the end of the day, the institute is about training a new generation of professionals…we really want them to understand how to engage information no matter their profession. It’s all about the students.”

We have 459 guests and no members online