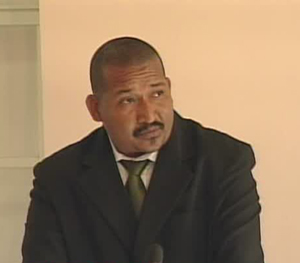 Parliament has approved two name changes for the island’s indigenous people and their home.

At the First Meeting of the First Session of the Ninth Parliament last Friday, both sides of the House consented to change the name Carib to Kalinago and the name Reserve to Territory.

The Hon. Minister for Kalinago Affairs, Casius Darroux presented the Bill to the House.

He said, “It will foster greater respect for the Kalinago people at a global level and create a greater sense of communal pride and interest in our history and cultural heritage. Madame Speaker, a name change will re-present the image of the Kalinago people in a more affirmative way to reflect the better indigenous identity to dispel the historic negative connotation linked with the name Carib.”

“If you go as far back as the last 30 years, the discussion has been ongoing about what we (Kalinagos) should call ourselves. There has been a conscious movement with the cultural groups like Karifuna and Karina coming onboard. There was a militant and progressive movement to assert ourselves as a unique people because we know for a fact that we are not Caribs, we are not cannibals. Throughout all these years, the negative connotation has been there and the people have been pushing for it.”

Frederick listed the past Kalinago Chief and Councils as being a part of the effort. He also says that students are being taught that they are Kalinagos and not Caribs.

In 1978, the Carib Reserve Act was passed in Parliament in recognition of the contribution of the Kalinago people to Dominica’s development.

We have 347 guests and no members online