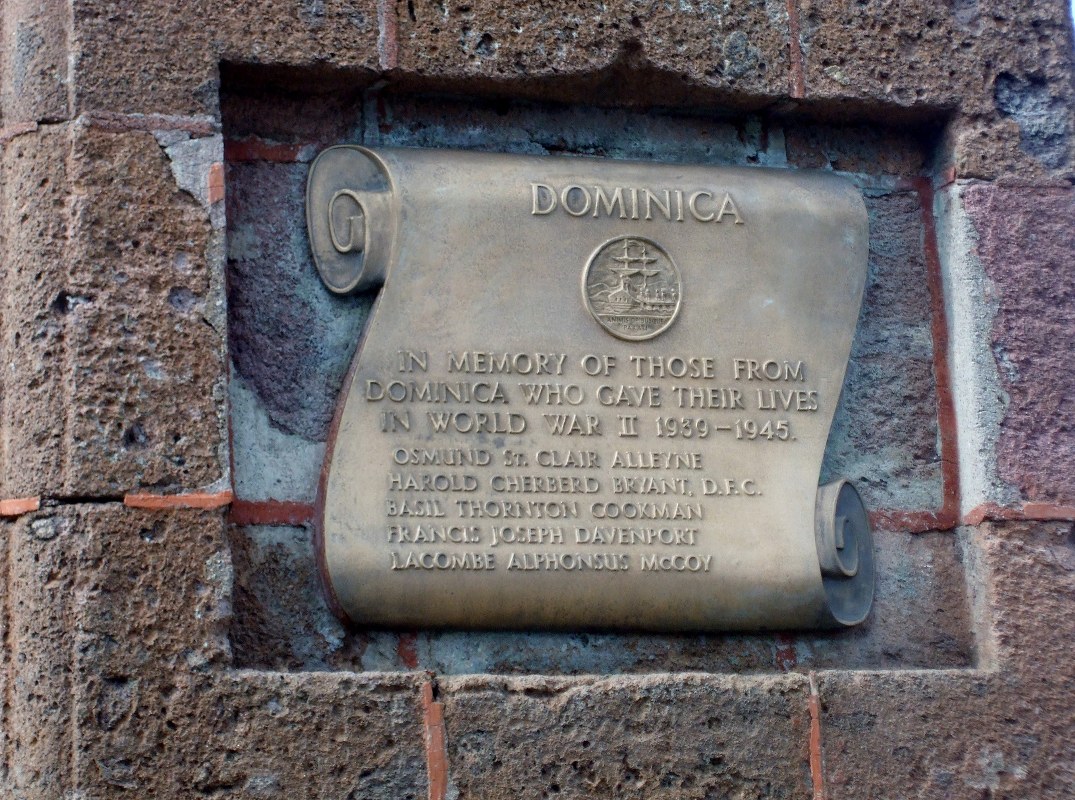 It is notified for general information that the official commemoration of Remembrance Day will take place at the War Memorial on Victoria Street on Sunday 11th November, 2018 at 8:00 am.
It is anticipated that as many as possible of those who served in Her Majesty's Forces and in the Nursing Service during the wars (1914-1918) and (1939-1945) will be present at the ceremony. War medals and decorations should be worn with civilian dress by all ex-officers, ex-servicemen and women and members of the Nursing Service. Medals held by relatives of the fallen may be worn by such relatives on their right breast.
Detachments of Boy Scouts, Girl Guides, Red Cross, Girls Brigade and Youth Corps are expected to be present at the ceremony.
Ministers of Government, Members of the House of Assembly, Heads of Religious Denominations, Heads of Government Departments, Officers of the Diplomatic Corps, Consular Officers, Members of the Roseau City Council and other Local Government Authorities and the general public are invited to attend the ceremony at the war memorial and to be punctual and in their places by 7:45 am.
All persons will be requested to observe two minutes silence at 8:00 am and all vehicular traffic and normal activities should be suspended during the period of silence.
Members of the public who have taken up places at the Peebles Park or West area are requested to remain there. Dignitaries should take their places within the enclosure on either side of the saluting base.