REHABILITATION WORK ON THE VIP AREA AT THE DOUGLAS CHARLES...

The V.I.P facility at the Douglas Charles airport is being rehabilitated at an estimated cost of 1.6 million E.C dollars.   The lounge, when completed is expected to create a luxurious atmosphere for visitors and citizens. The new lounge is also a way to cater to the visitors attracted to the new five star resorts on island. “We have made tremendous investments in the hotel sector in...

The Government of Dominica has secured a grant from the Caribbean Development Bank towards the cost of the implementation of the ninth Basic Needs Trust Fund Programme (BNTF-9). Seven projects will be implemented under BNTF 9, six of which have already seen the contracts signed. One of the projects being implemented under the project is the Dominica Community High School extension. The...

Dominica’s covid-19 country risk classification has been revised in keeping with constant analysis of the spread of the pandemic in neighbouring countries. Effective January 18, 2021, St....

GOVERNMENT CONTINUES TO INVEST IN DEVELOPMENT OF...

The Petite Savanne Constituency was dealt a hard blow after the passage of Tropical Storm Erika in 2015. Many residents had to be relocated due the devastation wreaked by the tropical storm....

OVER 600K FOR THE REHABILITATION OF STOWE FISH...

The Colihaut constituency will soon benefit from a new health center which is quickly nearing completion.   The 1.9 million dollar project, which started in September 2020 is expected to last...

Construction of a new facility for the Dominica Association of Persons with Disabilities is progressing steadily. The contract for this new, modern facility was signed in September 2020 under the...

Tuesday, March 8th was International Women’s Day 2016 and the entire world including Dominica rallied support for the call for gender equality.

In the days leading up to Tuesday’s observance, international, regional and local gender advocacy groups called forward thinking people of both sexes to wear the colour, purple. 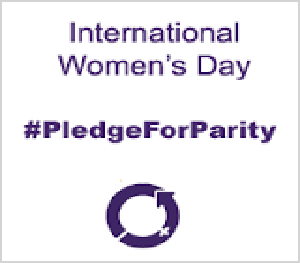 This year’s global theme was Pledge for Parity calling on men and women to take urgent action to accelerate gender parity or equality.

In a statement released on the occasion, the Caribbean Male Action Network, CariMan, voiced support for the “work done on behalf of our girls and women so as to ensure their safety, education, protection and well-being.”

The Dominica National Council on Women used the observance to thank those who have been making women’s needs priority.

The Council says, “Women in Dominica are stepping up and stepping forward because courageous men are changing biased practices and giving recognition that women are made in the image of God.”

Meantime, Executive Director of UN Women, Phumzile Mlambo-Ngcuka in her statement drew attention to the inclusion of women in the 2030 agenda for sustainable development.

She sees progress in that regard since Governments unanimously reaffirmed the Beijing Platform for Action- an agenda for women’s empowerment.

She added, “Businesses large and small are committing to, and implementing, shifts in culture and practice that foster greater equality and opportunity. Women individually, and civil society together, have called for lasting and transformative change by 2030.”

UN Women says “the participation of women at all levels and the strengthening of the women’s movement has never been so critical, working together with boys and men, to empower nations, build stronger economies and healthier societies.”

The Bureau of Gender Affairs called on the general public to take action for International Women’s Day 2016 by participating in the DA Women Rock Purple campaign.

Kerdisha St. Louis was part of that activity. Watch the full report here.

The Government Information Service is the link between Government and the public in Dominica and abroad. GIS promotes and disseminates information on the State and its affiliates, policies, plans and programmes through print, radio and television and multimedia information service, upholding the highest standard of practice.